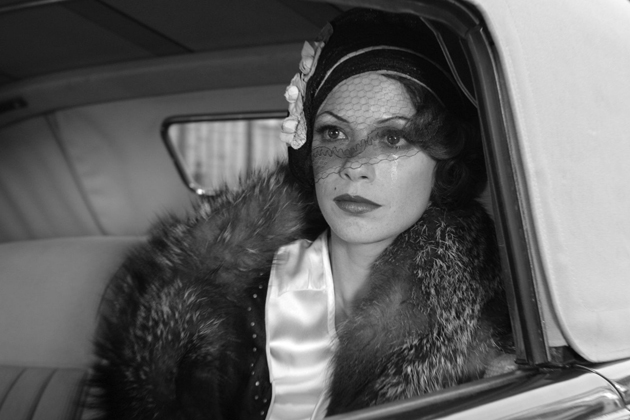 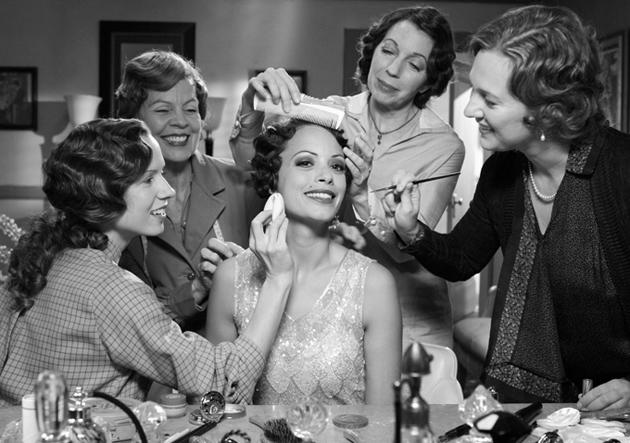 From the Elegance in Exile exhibition to Emporio Armani's Spring/Summer 2012 and several other collections, the 1920s have lately been playing a key influence in fashion. I've understood it as a collective yearning for the sans-souci of the Jazz Age, characterized not by how you'll live until your next paycheck, but by jazz, Charleston and glamorous flapper fashion.

The Artist, one of the five films nominated for an Academy Award for best costume design this year, continues with the exploration of the 1920s fashion and atmosphere. It's a rags-to-riches story of Peppy Miller (Bérénice Bejo), dancer and actress trying to salvage George Valentin (Jean Dujardin), a silent film star that doesn't belong to the new era of talking pictures. 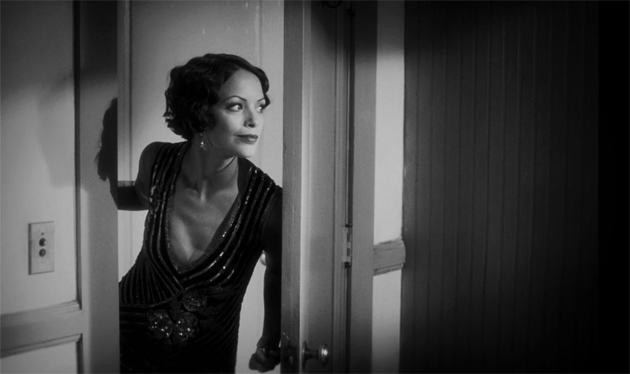 Mark Bridges, The Artist's costume designer, used some actual 1920s dresses for Peppy Miller. The rest he had remade after originals that couldn't be worn due to old age. As Peppy progresses from an anonymous aspiring actress to the studio's brightest star, her clothes become more embellished and expensive. However, this transition from simple crêpe de chine numbers to gorilla fur is not overwhelming; almost seamless, it reflects how Peppy's personality remains unaffected by fame.

This website uses cookies to improve your experience while you navigate through the website. Out of these, the cookies that are categorized as necessary are stored on your browser as they are essential for the working of basic functionalities of the website. We also use third-party cookies that help us analyze and understand how you use this website. These cookies will be stored in your browser only with your consent. You also have the option to opt-out of these cookies. But opting out of some of these cookies may affect your browsing experience.
Necessary Always Enabled
Necessary cookies are absolutely essential for the website to function properly. These cookies ensure basic functionalities and security features of the website, anonymously.
Functional
Functional cookies help to perform certain functionalities like sharing the content of the website on social media platforms, collect feedbacks, and other third-party features.
Performance
Performance cookies are used to understand and analyze the key performance indexes of the website which helps in delivering a better user experience for the visitors.
Analytics
Analytical cookies are used to understand how visitors interact with the website. These cookies help provide information on metrics the number of visitors, bounce rate, traffic source, etc.
Advertisement
Advertisement cookies are used to provide visitors with relevant ads and marketing campaigns. These cookies track visitors across websites and collect information to provide customized ads.
Others
Other uncategorized cookies are those that are being analyzed and have not been classified into a category as yet.
SAVE & ACCEPT
Total
57
Share
0
0
53
0
4
0