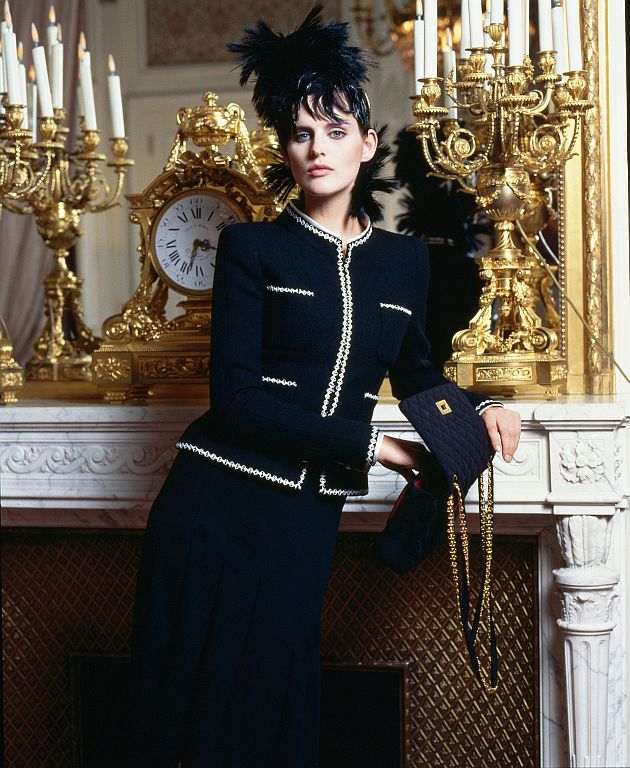 Just as everyone wants to be French or British at some point in their lives, every fashionista is fascinated by Chanel. The tweed jacket, the Chanel 2.55, the cap-toe pumps, Chanel no. 5.  So many Tumblr photos reblogged thousands of times, so many Christmas presents, so many unfulfilled wish lists. The only explanation I have is that we all grew up with the enigma of Coco. I also suppose she has remained the epitome of elegance, albeit a bit rebellious (her contribution to fashion was revolutionary - she was one of the first to introduce modern, practical clothing).

I think a (fashion) brand is successful once it convinces its (potential) customers that it alone can give them style and class. Coincidentally, this is probably the biggest fashion illusion. For brands, one of the most important things is to have such respect and loyalty. Chanel is a prime example of this because its famous pieces suit most women. They are tried and true, they will never stick out in a negative way, you think you can't go wrong if you wear something Chanel. In a way, it's the easiest of choices. Isn't this exactly what Coco wanted?

4 thoughts on “On Chanel and brand success”

This website uses cookies to improve your experience while you navigate through the website. Out of these, the cookies that are categorized as necessary are stored on your browser as they are essential for the working of basic functionalities of the website. We also use third-party cookies that help us analyze and understand how you use this website. These cookies will be stored in your browser only with your consent. You also have the option to opt-out of these cookies. But opting out of some of these cookies may affect your browsing experience.
Necessary Always Enabled
Necessary cookies are absolutely essential for the website to function properly. These cookies ensure basic functionalities and security features of the website, anonymously.
Functional
Functional cookies help to perform certain functionalities like sharing the content of the website on social media platforms, collect feedbacks, and other third-party features.
Performance
Performance cookies are used to understand and analyze the key performance indexes of the website which helps in delivering a better user experience for the visitors.
Analytics
Analytical cookies are used to understand how visitors interact with the website. These cookies help provide information on metrics the number of visitors, bounce rate, traffic source, etc.
Advertisement
Advertisement cookies are used to provide visitors with relevant ads and marketing campaigns. These cookies track visitors across websites and collect information to provide customized ads.
Others
Other uncategorized cookies are those that are being analyzed and have not been classified into a category as yet.
SAVE & ACCEPT
Total
18
Share
0
0
17
0
1
0