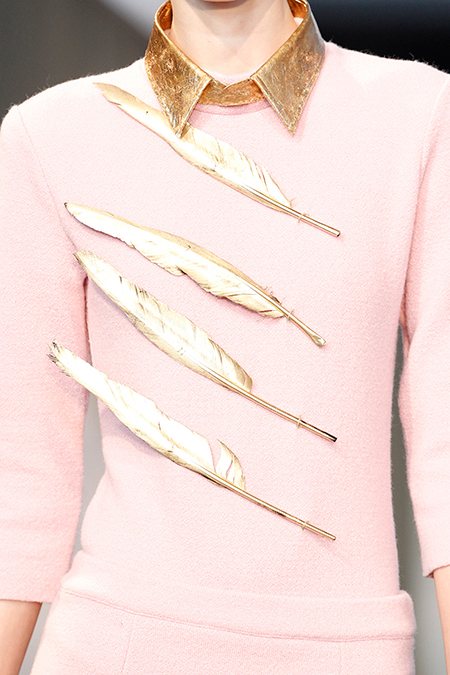 Online fashion retailer Net-a-porter has launched Porter, "the fashion magazine for the stylish, intelligent woman of now" (EDIT: read my review of Porter here). Apart from fashion, Porter will also cover business and international relations — topics that many readers miss in other fashion magazines (rivalry ensues). Most of all, Net-a-porter's foray into print denotes that glossy paper is still more luxe than tablet screens and smartphones.

Harrods has partnered with British Airways to stage catwalk shows in the sky. Featuring looks by British designers, the shows will take place on press-only flights from London to Johannesburg. I've long hoped that air travel might return to the glamour of the 1960s when people dressed up in their best attire for flying — this might just be the next best thing.

According to Digital Language Monitor's annual survey, New York has overtaken London as the world's number one fashion capital. Paris came second, followed by London and ... Los Angeles. Seriously? With Milan's inglorious 12th place on the list, the survey — based on what people are talking about online — seems dubious. As long as New York, London, Milan and Paris remain the only four cities hosting globally recognised fashion weeks, the clout is all theirs.

This website uses cookies to improve your experience while you navigate through the website. Out of these, the cookies that are categorized as necessary are stored on your browser as they are essential for the working of basic functionalities of the website. We also use third-party cookies that help us analyze and understand how you use this website. These cookies will be stored in your browser only with your consent. You also have the option to opt-out of these cookies. But opting out of some of these cookies may affect your browsing experience.
Necessary Always Enabled
Necessary cookies are absolutely essential for the website to function properly. These cookies ensure basic functionalities and security features of the website, anonymously.
Functional
Functional cookies help to perform certain functionalities like sharing the content of the website on social media platforms, collect feedbacks, and other third-party features.
Performance
Performance cookies are used to understand and analyze the key performance indexes of the website which helps in delivering a better user experience for the visitors.
Analytics
Analytical cookies are used to understand how visitors interact with the website. These cookies help provide information on metrics the number of visitors, bounce rate, traffic source, etc.
Advertisement
Advertisement cookies are used to provide visitors with relevant ads and marketing campaigns. These cookies track visitors across websites and collect information to provide customized ads.
Others
Other uncategorized cookies are those that are being analyzed and have not been classified into a category as yet.
SAVE & ACCEPT
Total
4
Share
0
0
3
0
1
0