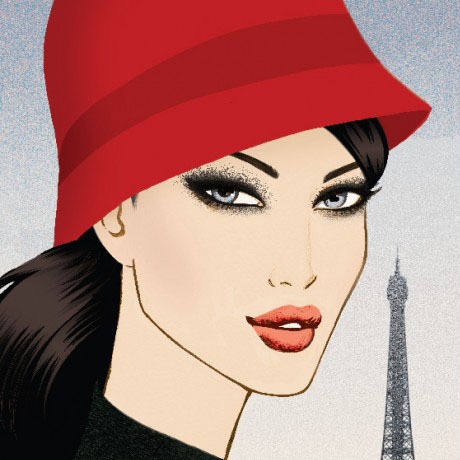 You need to look no further than fashionistas' endless Instagram streams of Ladurée macarons and Pinterest photos of bright, high-ceiling apartments with a view of the Eiffel Tower to conclude that Paris is one of fashion's favourite clichés. I've embraced it myself too since I moved to London; as legendary fashion editor Diana Vreeland once remarked, the best thing about London is Paris, and though I have yet to hop on the Eurostar for the first time, the proximity of Paris alone feels promising. 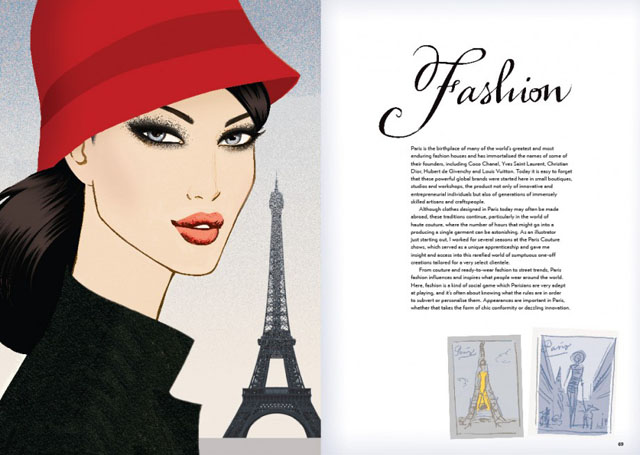 The acclaimed fashion illustrator Jason Brooks grew a rich visual narrative out of the charming, ephemeral moments we associate with Paris in the recently released book Paris Sketchbook. An elegant and personal collection of the author's ‘responses to the city’, assembled over the course of several cross-Channel trips, Paris Sketchbook is rife with drawings, collages, notes and sketches of the city's most romantic, nostalgic and glamorous faces.

Many travellers believe the only way to truly get to know a city is to hang out with the locals and explore the less known, fascinating places off the tourist trail. Paris Sketchbook is like a super stylish and sophisticated friend that takes you to the heart of the city's secrets and treasures, but also encourages you to seek your own discoveries. 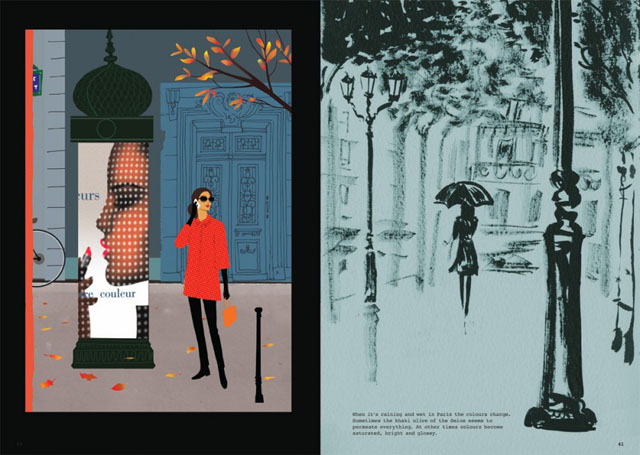 Fantasy and reality intertwine on every page with numerous Paris references in popular culture and portraits of globally recognised Parisian brands like Chanel, Dior and Sonia Rykiel. At times, Paris Sketchbook is so stylised that it looks even more beautiful than Paris itself, commemorating our collective obsession with the city of lights with consummate and refined poise.

Paris Sketchbook was sent to me by Laurence King Publishing.

This website uses cookies to improve your experience while you navigate through the website. Out of these, the cookies that are categorized as necessary are stored on your browser as they are essential for the working of basic functionalities of the website. We also use third-party cookies that help us analyze and understand how you use this website. These cookies will be stored in your browser only with your consent. You also have the option to opt-out of these cookies. But opting out of some of these cookies may affect your browsing experience.
Necessary Always Enabled
Necessary cookies are absolutely essential for the website to function properly. These cookies ensure basic functionalities and security features of the website, anonymously.
Functional
Functional cookies help to perform certain functionalities like sharing the content of the website on social media platforms, collect feedbacks, and other third-party features.
Performance
Performance cookies are used to understand and analyze the key performance indexes of the website which helps in delivering a better user experience for the visitors.
Analytics
Analytical cookies are used to understand how visitors interact with the website. These cookies help provide information on metrics the number of visitors, bounce rate, traffic source, etc.
Advertisement
Advertisement cookies are used to provide visitors with relevant ads and marketing campaigns. These cookies track visitors across websites and collect information to provide customized ads.
Others
Other uncategorized cookies are those that are being analyzed and have not been classified into a category as yet.
SAVE & ACCEPT
Total
16
Share
0
0
1
0
15
0