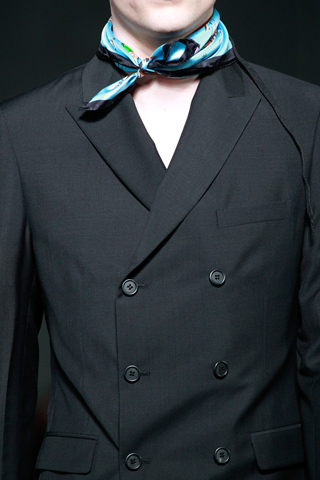 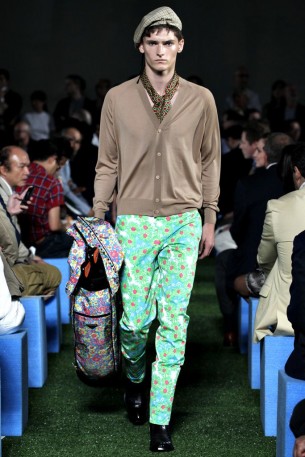 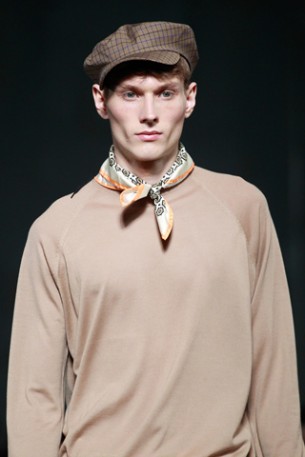 I've written about how I don't talk much about menswear on this blog, mostly because I want to learn about menswear properly before commenting on it, and maybe also because I find womenswear to be a liiiittle more exciting ... so leave it to me to fall in love with Prada Men's Spring/Summer 2012, a collection that's decidedly out of touch with masculinity in favor of parody. Miuccia Prada says she's inspired by what she hates - in this case golf, which she doesn't play. I am obsessed with cleverness and humor in fashion, and recently Prada has been spewing out strong collections that deliver both in spades - though the side effect of Women's S/S11 reaching iconic status in a milisecond was that those pieces, especially fur stoles and flatforms, will forever be regarded as exclusively "seasonal", meaning nobody will wear them next year because they will be "out" as they've literally been everywhere ... perhaps that was the point though? to sell everything (YAY, PROFIT!) and not care about how long it lasts because surely we're in for a bunch of new surprises in September.

I heard you have to be young if you want to work at Prada, and I suppose it explains the influx of these quirky concepts you either love or hate or love to hate or hate to love. 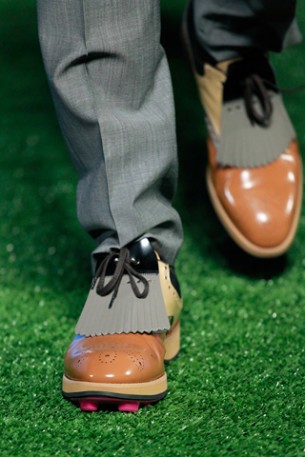 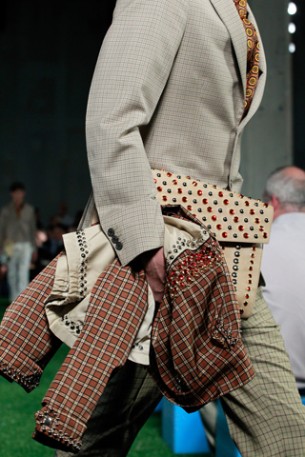 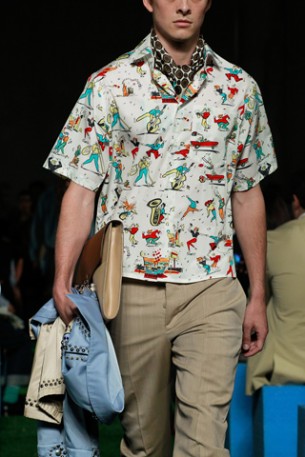 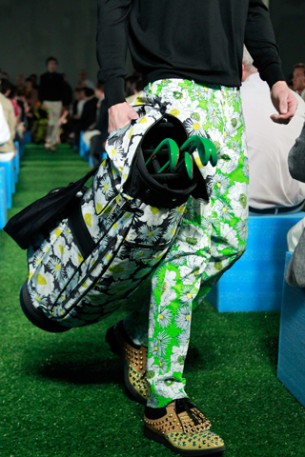 My favorite piece from the collection is the golf bag in ridiculous daisy print. Nobody wouldn't even think of taking this thing to the golf course back in the day, and now it's become the only bag you want to take to the course. An "it" bag for golf. ♥♥♥ Miuccia Prada pokes fun at golf's rigid dress code (when I played golf more often, what saddened me the most about the dress code was that there's basically no distinction between golf womenswear and menswear, especially regarding atrocious shoes); the most genius thing about it is that you're going to see people actually playing golf wearing these parodical pieces and some of them won't even be aware of it! I say "people" instead of "men" because if these bags will be available to customers, I think there will be many, many women calling their SAs to be put on the waiting list. 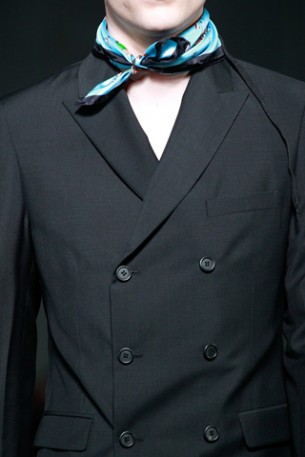 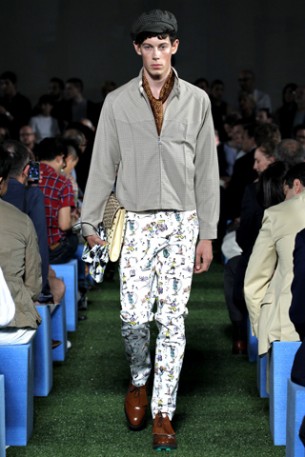 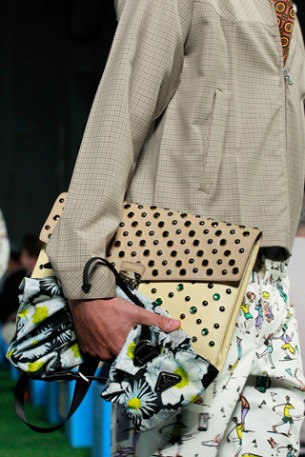 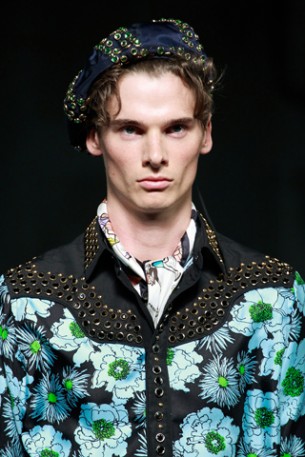 To me, Prada Men's S/S12 speaks of a contemporary comic book hero. It's funny and campy and what else are comic books anyway? This is 2011 and gender boundaries aren't as strict as golf dress code any more, so the Prada hero doesn't have to be brave and mysterious like Spider-Man or Diabolik. He's a "boy of leisure", perhaps relying on a vast inheritance, who has read all the Greek classics and never gets his clothes dirty - not even when he's playing golf.

This website uses cookies to improve your experience while you navigate through the website. Out of these, the cookies that are categorized as necessary are stored on your browser as they are essential for the working of basic functionalities of the website. We also use third-party cookies that help us analyze and understand how you use this website. These cookies will be stored in your browser only with your consent. You also have the option to opt-out of these cookies. But opting out of some of these cookies may affect your browsing experience.
Necessary Always Enabled
Necessary cookies are absolutely essential for the website to function properly. These cookies ensure basic functionalities and security features of the website, anonymously.
Functional
Functional cookies help to perform certain functionalities like sharing the content of the website on social media platforms, collect feedbacks, and other third-party features.
Performance
Performance cookies are used to understand and analyze the key performance indexes of the website which helps in delivering a better user experience for the visitors.
Analytics
Analytical cookies are used to understand how visitors interact with the website. These cookies help provide information on metrics the number of visitors, bounce rate, traffic source, etc.
Advertisement
Advertisement cookies are used to provide visitors with relevant ads and marketing campaigns. These cookies track visitors across websites and collect information to provide customized ads.
Others
Other uncategorized cookies are those that are being analyzed and have not been classified into a category as yet.
SAVE & ACCEPT
Total
16
Share
0
0
2
0
14
0