“In the 21st century, it is not enough for a jewellery designer to create beautiful pieces. Designers have to create a unique identity and aesthetic,” read the exhibition notes. 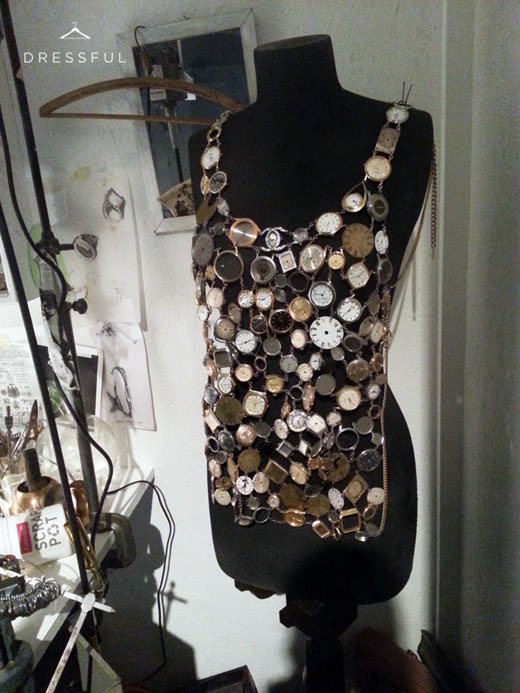 A boxed recreation of Husam el Odeh’s studio space demonstrates how objects found in the street are transformed into jewellery pieces, such as a wreath made of twisted spoons and forks. Only when you look through the side window will you see that the innocuous coffee cup bears an illustration of Mr Grumpy. Do the pains of the artist’s creative process overweight the gains?

The exhibition was co-curated by Agata Belcen, fashion editor at AnOther magazine, known for her avant-garde approach to styling. 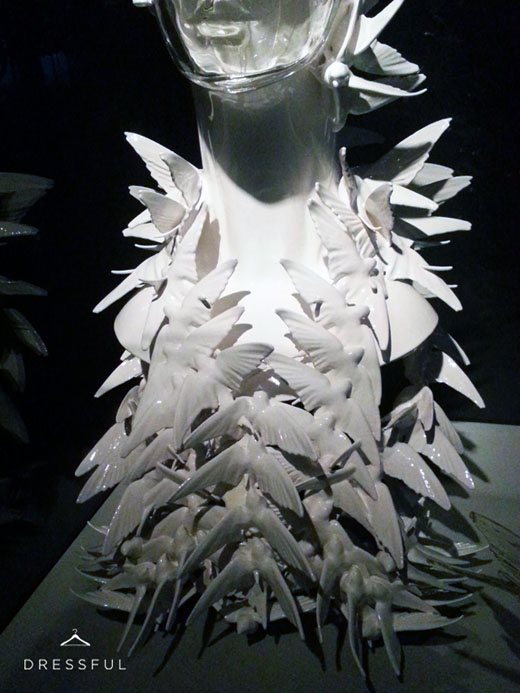 Anywhere else, this exhibition would merit a tiny show space in an artsy neighbourhood, not a major institution like the Museum of London. It’s wonderful that London and its Museum recognise and value the smaller stories of this city that, collectively, make it a globally acclaimed melting pot of creativity.

1 thought on “Review: Made in London: Jewellery Now exhibition”