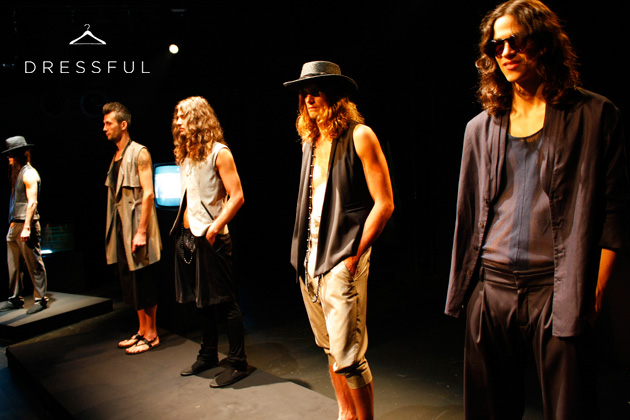 Something for the guys: Rochambeau Spring 2012. I tend to say writing about menswear is not my forte, but it's not an issue in this case as I found many pieces in this collection rather androgynous, especially the jackets and vests. Designers Joshua Cooper and Laurence Chandler recently tweeted that they launched Rochambeau (which means rock-paper-scissors in French) in the eye of the recession and they are stronger for it. The Spring 2012 collection is the opposite of crisis and difficult times - laid-back and romantic. 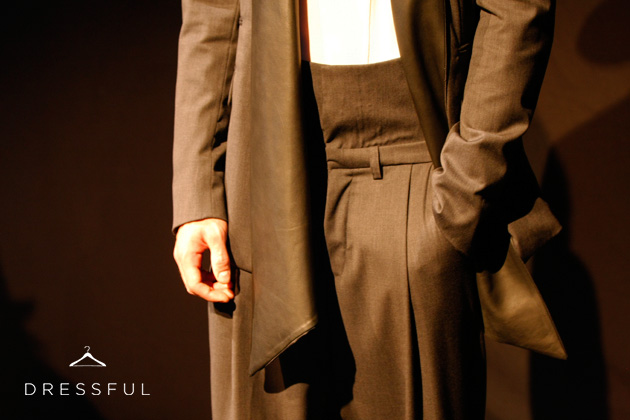 "The Rochambeau collection for Spring/ Summer 2012 is inspired more by the attitude of the wearer than any specific reference. It’s about the juxtaposition of a man who cares deeply about clothes but once he is wearing something, he completely forgets about it as it fuses with his natural self. The clothes have the nonchalance of something owned forever and this is how the Rochambeau man carries himself. The collection combines high quality structural suiting with lightweight textural layers to create a look that is at once composed and effortless. The construction of the pieces utilizes architectural cuts as well as natural contour to convey our guy's thoughtful but intuitive approach to fashion. The palette is based in neutrals to convey the austerity of urban life." (from the official release) 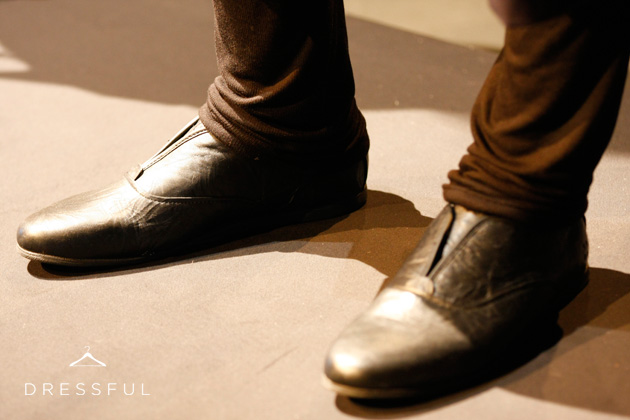 Rochambeau was my last presentation at New York Fashion Week. I am leaving New York on Friday and I plan to use the remaining two days to flâneur around the city as well as get healthy so my sinuses won't get clogged on flights home. Today I embarrassed myself in Tom Ford flagship store coughing like I'm dying from tuberculosis while trying on lipsticks. In the past week I have lived through so much fashion-wise that I will spend some more time putting the pieces together, though I don't have much time. To conclude, a hint: after New York, find me in Milan.

This website uses cookies to improve your experience while you navigate through the website. Out of these, the cookies that are categorized as necessary are stored on your browser as they are essential for the working of basic functionalities of the website. We also use third-party cookies that help us analyze and understand how you use this website. These cookies will be stored in your browser only with your consent. You also have the option to opt-out of these cookies. But opting out of some of these cookies may affect your browsing experience.
Necessary Always Enabled
Necessary cookies are absolutely essential for the website to function properly. These cookies ensure basic functionalities and security features of the website, anonymously.
Functional
Functional cookies help to perform certain functionalities like sharing the content of the website on social media platforms, collect feedbacks, and other third-party features.
Performance
Performance cookies are used to understand and analyze the key performance indexes of the website which helps in delivering a better user experience for the visitors.
Analytics
Analytical cookies are used to understand how visitors interact with the website. These cookies help provide information on metrics the number of visitors, bounce rate, traffic source, etc.
Advertisement
Advertisement cookies are used to provide visitors with relevant ads and marketing campaigns. These cookies track visitors across websites and collect information to provide customized ads.
Others
Other uncategorized cookies are those that are being analyzed and have not been classified into a category as yet.
SAVE & ACCEPT
Total
20
Share
0
0
0
0
20
0