Is the catwalk out of date, asks Samantha Tyler? When Riccardo Tisci presented his Givenchy Fall/Winter 2010 haute couture collection in an apartment on Place Vendôme in Paris to a carefully selected handful of fashion insiders last July instead of putting on a full-blown runway show, it became obvious that clothes can also be showcased in ways that don't include the catwalk. Gareth Pugh was the next to jump on the bandwagon, hiring director Ruth Hogben to shoot a video presentation for his Spring/Summer 2011 collection (see below). It features model Kristen McMenamy striking a variety of poses to catchy beats, allowing the viewer to see how the garments work in detail from several angles (this in-depth insight in particular is something you don't always experience at "traditional" fashion shows unless you have a really good seat).

What would change in the world of fashion if everyone decided to kill the runway?

1. Focus on clothes instead of who sits in the front row. Cathy Horyn of The New York Times said in a recent interview that fashion nowadays is more about "fashion culture" than "fashion". Listing front-row sitters has become an integral part of runway reports although it has nothing to do with the show. "Who wore what" is considered of utmost importance, yet nobody will remember it the next day. An alternative way to present collections would almost certainly weed out most of the elements that detract attention from what's truly important - the garments.

2. Fashion houses would save a lot of money, which might have been Tisci and Pugh's motivation in the first place due to their respective houses not being impervious to recession (the one good thing about the economic crisis is that it forces people to think of new solutions). Tisci saved money by choosing a smaller venue while Pugh went frugal on models; you need a lot of people for a runway show to work and you have to pay all of them, so smaller projects will undoubtedly be cheaper. Leave throwing bucks out the window to Chanel!

3. Nobody would idolize models any more. They'd still present clothes in other ways and shoot editorials, but the runway is their essence, the place where they blossom. There would be very little "model magic" left without it. Would you still be able to have an accurate idea of who a model is if you can't see their walk? 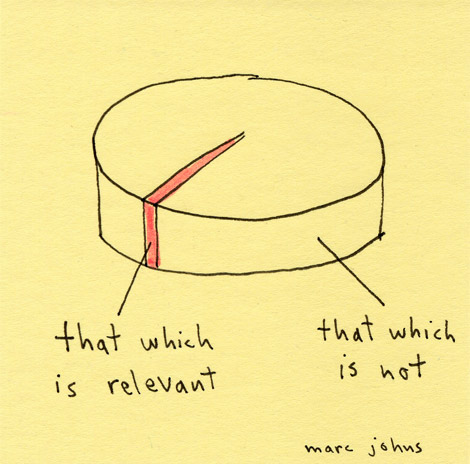 How (not) to write collection reviews

The eternal dilemma solved by Versace

On Angela Ahrendts, fashion and feminism