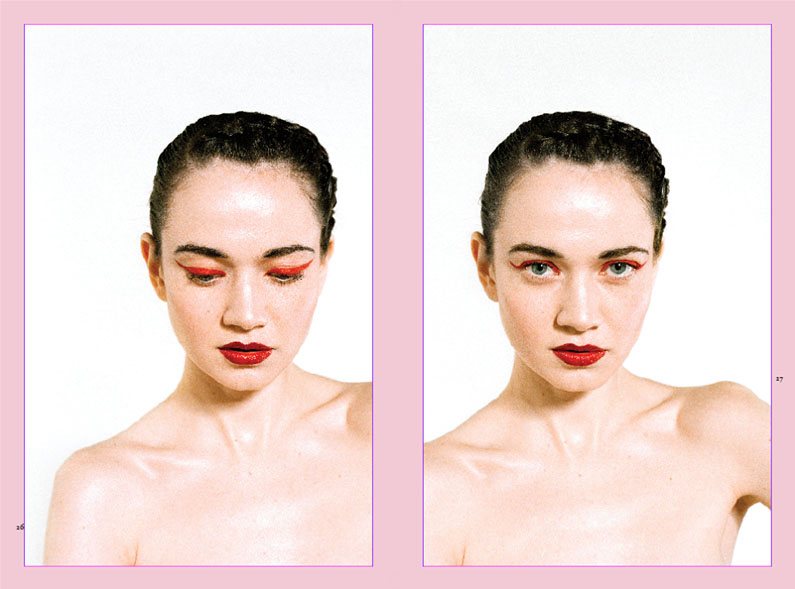 A spread from Pylot magazine

In a bid to represent “real beauty”, fashion magazines have long been partial to occasionally featuring celebrities without make-up or Photoshop. What about a magazine that bans retouching in its manifesto?

It reads like a pitch from another era. But it’s no joke: London-based Pylot is an analogue fashion photography magazine promising beauty without Photoshop tricks.

This means no spot removing, no eye brightening, no teeth whitening, no major hair changes and no body shape alterations (liquefying).

The most important issue Pylot faces is: are people interested in imperfection? Will visible spots and dark under-eye circles hurt the aesthetic sensibilities of readers used to sleek and polished mainstream fashion publications?

Fashion magazines are a fairy-tale world of expensive dresses, flawless skin and glossy hair. Many of their readers have none of those things. After all, we’re only human. We read fashion magazines because we’re seduced by the image of who we could be — if only we bought that £10,000 watch or that Valentino red dress.

Is fashion and its readers ever interested in unretouched honesty?

3 thoughts on “Would you buy an unretouched fashion magazine?”

This website uses cookies to improve your experience while you navigate through the website. Out of these, the cookies that are categorized as necessary are stored on your browser as they are essential for the working of basic functionalities of the website. We also use third-party cookies that help us analyze and understand how you use this website. These cookies will be stored in your browser only with your consent. You also have the option to opt-out of these cookies. But opting out of some of these cookies may affect your browsing experience.
Necessary Always Enabled
Necessary cookies are absolutely essential for the website to function properly. These cookies ensure basic functionalities and security features of the website, anonymously.
Functional
Functional cookies help to perform certain functionalities like sharing the content of the website on social media platforms, collect feedbacks, and other third-party features.
Performance
Performance cookies are used to understand and analyze the key performance indexes of the website which helps in delivering a better user experience for the visitors.
Analytics
Analytical cookies are used to understand how visitors interact with the website. These cookies help provide information on metrics the number of visitors, bounce rate, traffic source, etc.
Advertisement
Advertisement cookies are used to provide visitors with relevant ads and marketing campaigns. These cookies track visitors across websites and collect information to provide customized ads.
Others
Other uncategorized cookies are those that are being analyzed and have not been classified into a category as yet.
SAVE & ACCEPT
Total
2
Share
0
0
1
0
1
0